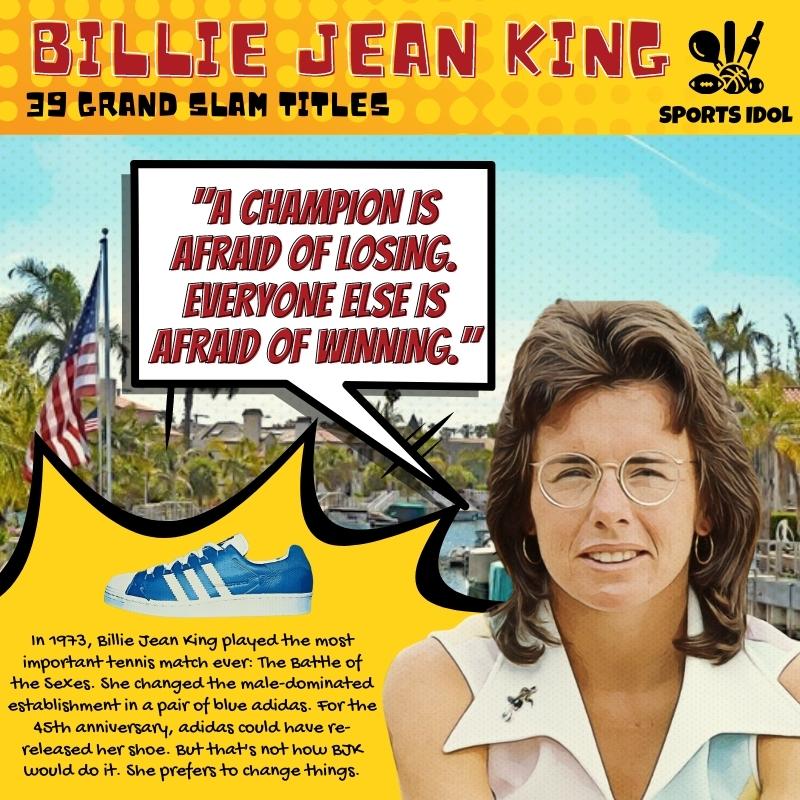 In 1973, Billie Jean King played her most famous tennis match: The Battle of the Sexes. She changed the male-dominated establishment in a pair of blue Adidas. For the 45th anniversary, Adidas could have re-released her shoe. But that's not how BJK would do it. She prefers to change things.