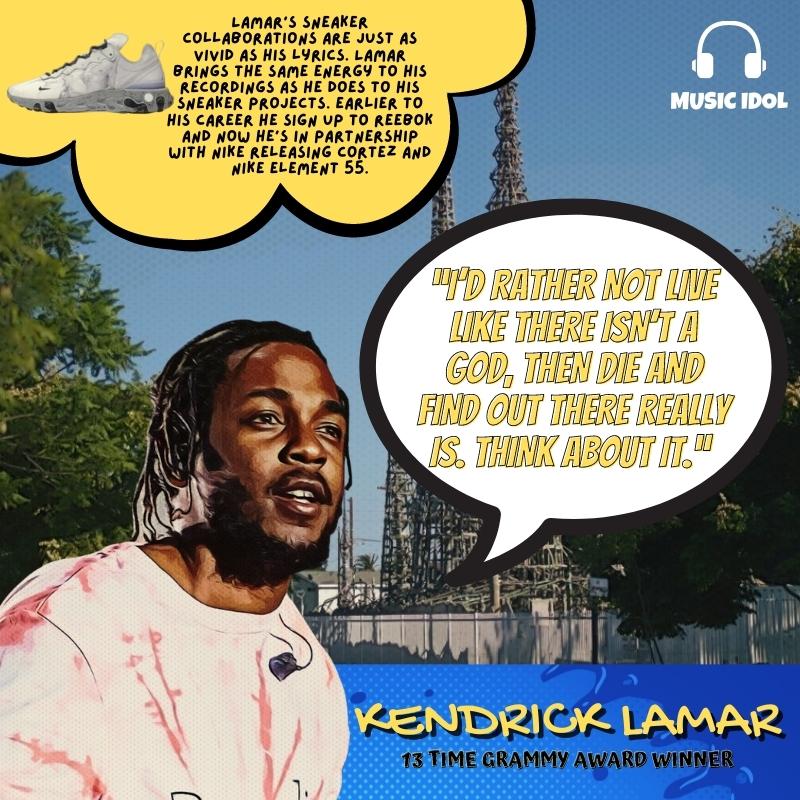 "I'd rather not live like there isn't a god, then die and find out there really is. Think about it."

Kendrick Lamar brings the same energy to his sneakers as his music. Earlier in his career, he signed up for Reebok. Now he's in partnership with Nike, releasing Cortez and Nike Element 55.