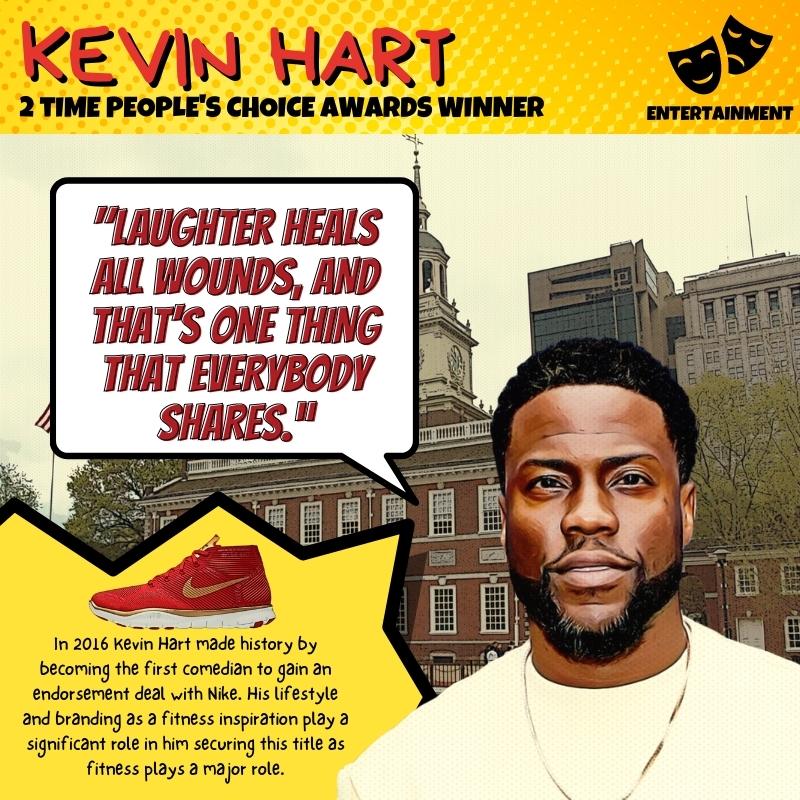 "Laughter heals all wounds, and that's one thing that everybody shares."

In 2016, Kevin Hart became the first comedian to gain an endorsement deal with Nike. His lifestyle and branding as a fitness inspiration played a significant role in his securing this title as fitness plays a major role in his life.