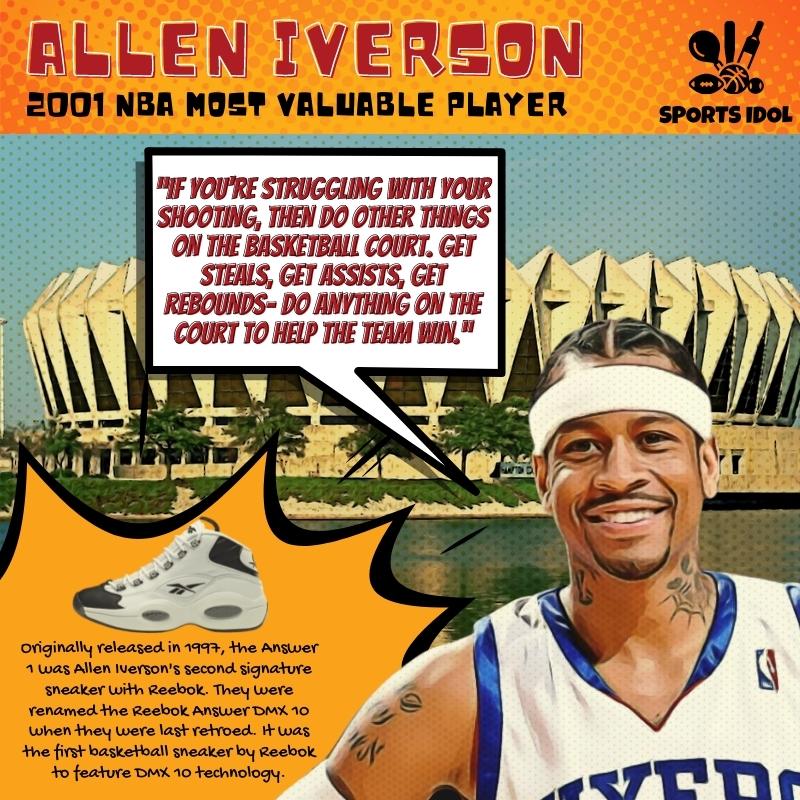 "If you're struggling with your shooting, then do other things on the basketball court. Get steals, get assists, get rebounds- do anything on the court to help the team win."

In 1997, Reebok released Answer 1. It was Allen Iverson's second signature sneaker with Reebok and featured DMX 10 technology. The shoe was named the Answer DMX 10 when it was retroed in 2013.