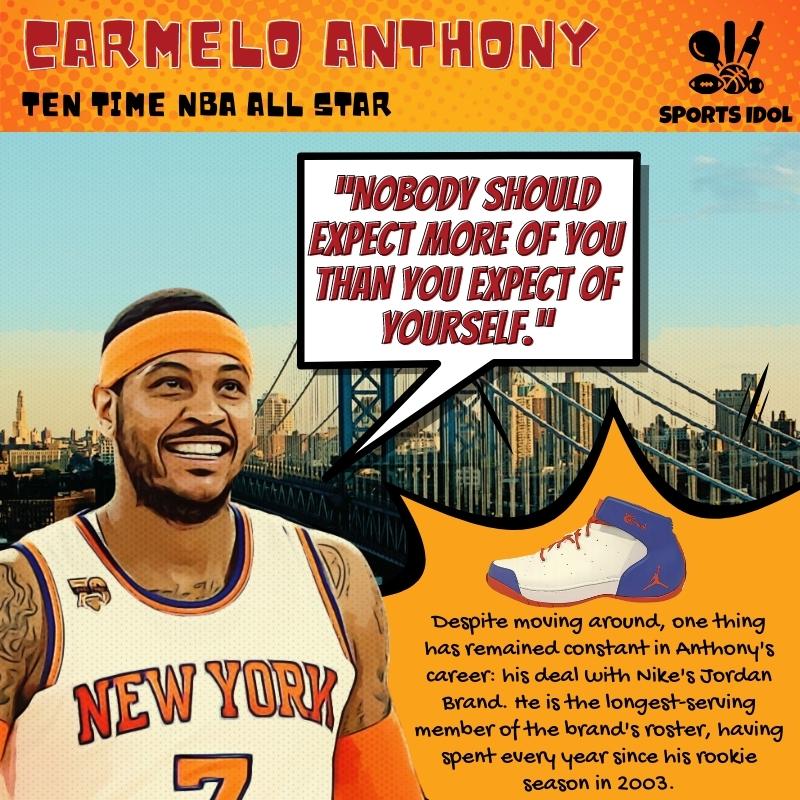 "Nobody should expect more of you than you expect of yourself."

Carmelo Anthony has moved around in his career, but one thing has remained constant: his deal with Nike's Jordan Brand. He is the longest-serving member of the brand's roster, having spent every year since his rookie season in 2003.