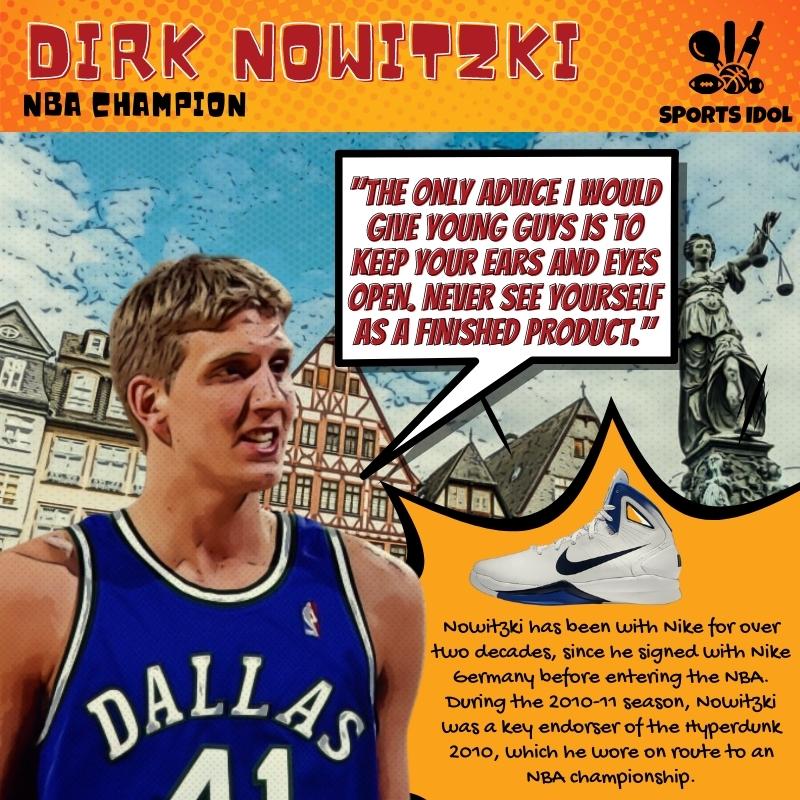 "The only advice I would give young guys is to keep your ears and eyes open. Never see yourself as a finished product."

Dirk Nowitzki has been with Nike for over two decades since he signed with Nike Germany before entering the NBA. During the 2010-11 season, Nowitzki was an influential endorser of the Hyperdunk 2010, which he wore en route to an NBA championship.