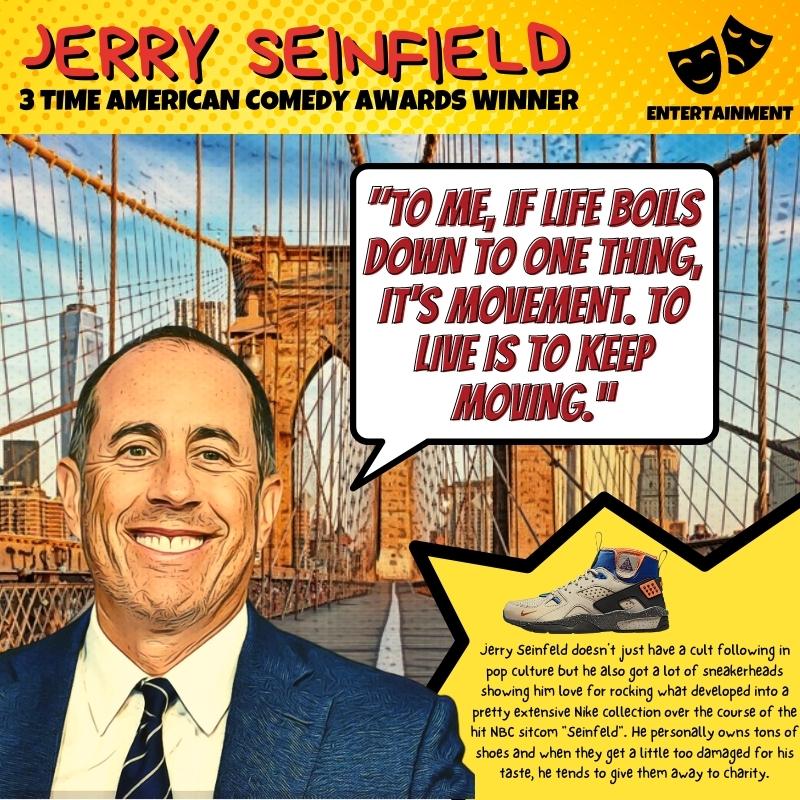 "To me, if life boils down to one thing, it's movement. To live is to keep moving."

Jerry Seinfeld has a cult following in pop culture. Sneakerheads also show him a lot of love for rocking what developed into an extensive Nike collection over the many seasons of the hit NBC sitcom "Seinfeld."