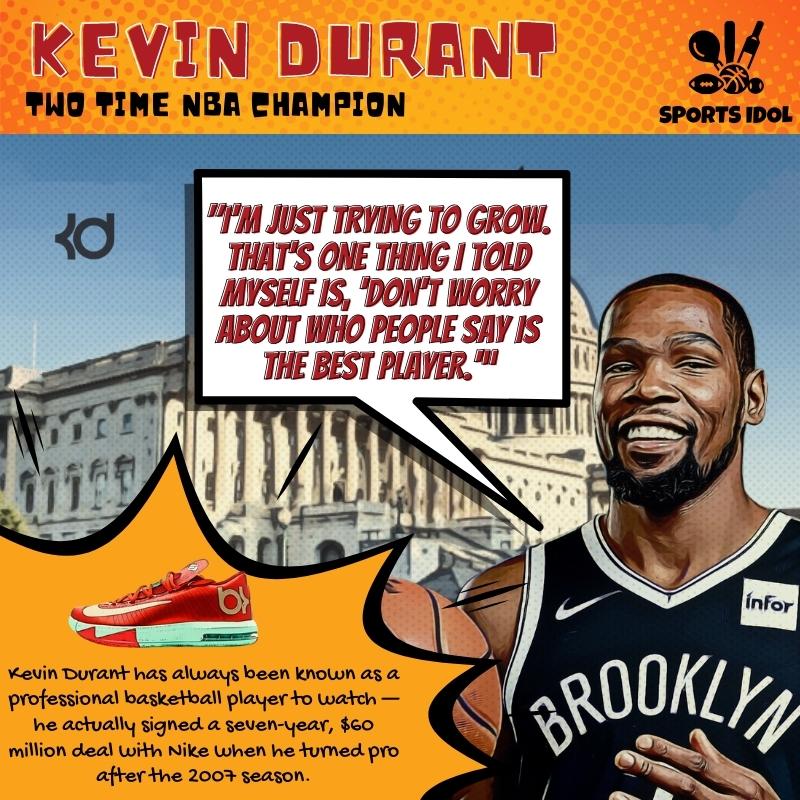 "I'm just trying to grow. That's one thing I told myself is, 'Don't worry about who people say is the best player.'"

Kevin Durant, who signed a seven-year, $60 million deal with Nike when he turned pro after the 2007 season, has always been known as a professional basketball player to watch.