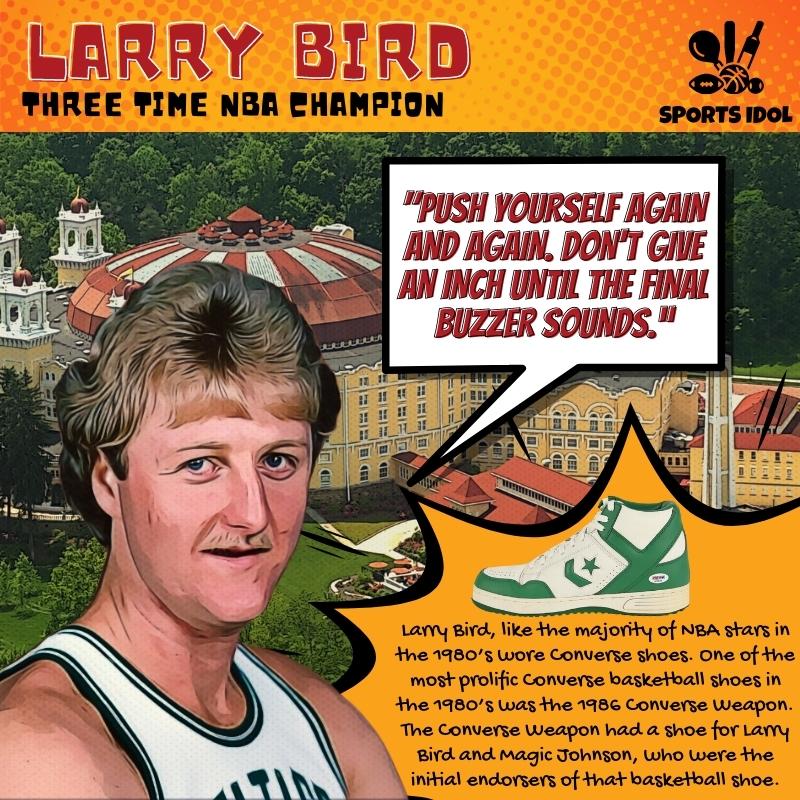 "Push yourself again and again. Don't give an inch until the final buzzer sounds."