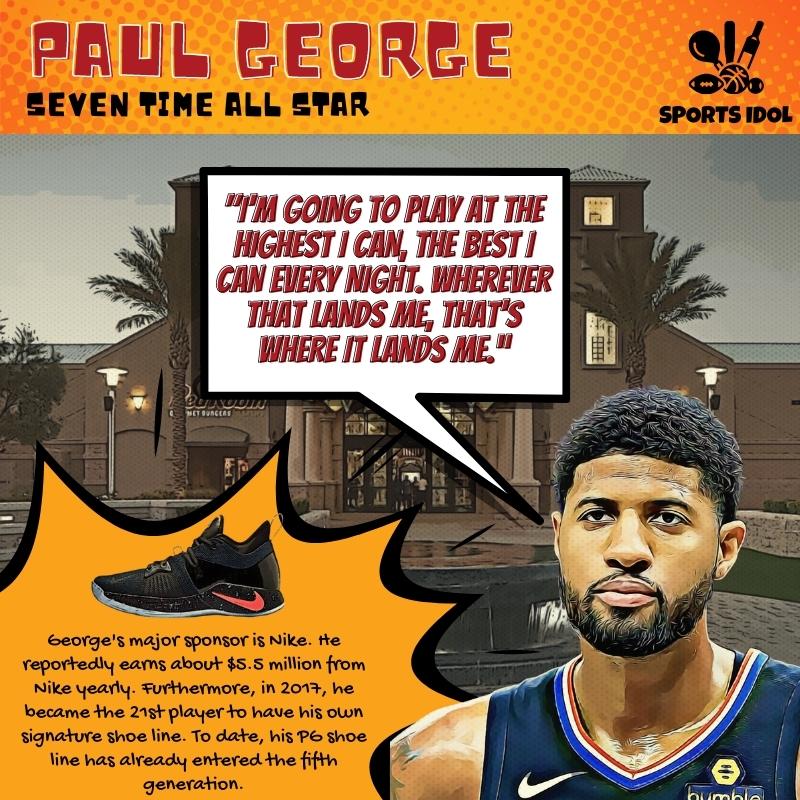 "I'm going to play at the highest I can, the best I can every night. Wherever that lands me, that's where it lands me."

Paul George inked a deal with Nike worth $5.5 million per year. In 2017, he became the 21st player to have his own signature sneaker—the PG1, already entering its fifth generation.