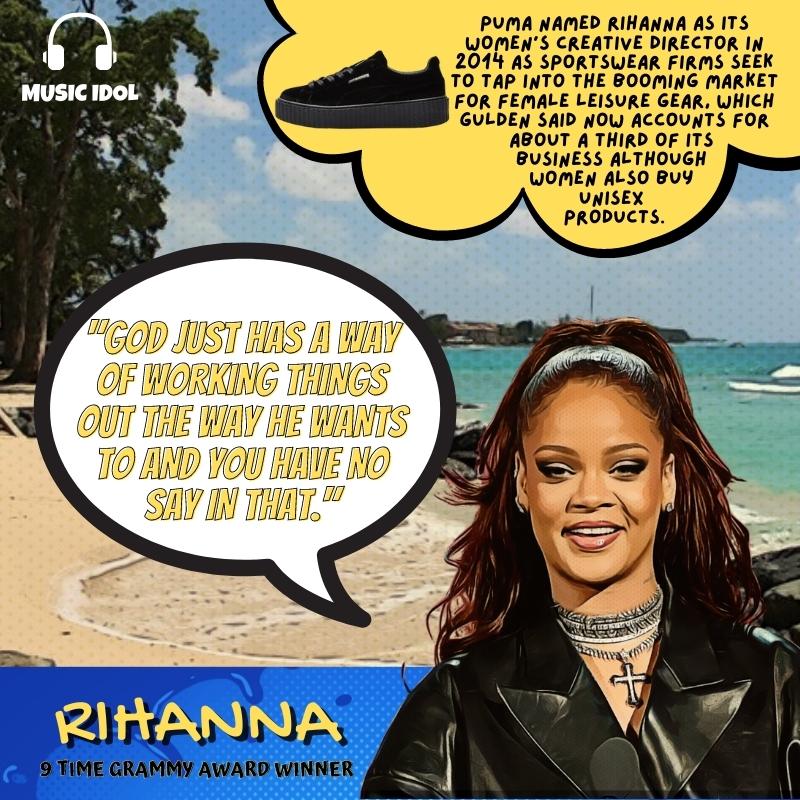 "God just has a way of working things out the way he wants to and you have no say in that."

In 2014, Puma named Rihanna as its women's creative director. The goal was to tap into the booming market for female leisure gear—which Gulden said now accounts for about a third of its business.