Billboard's Woman of the Year 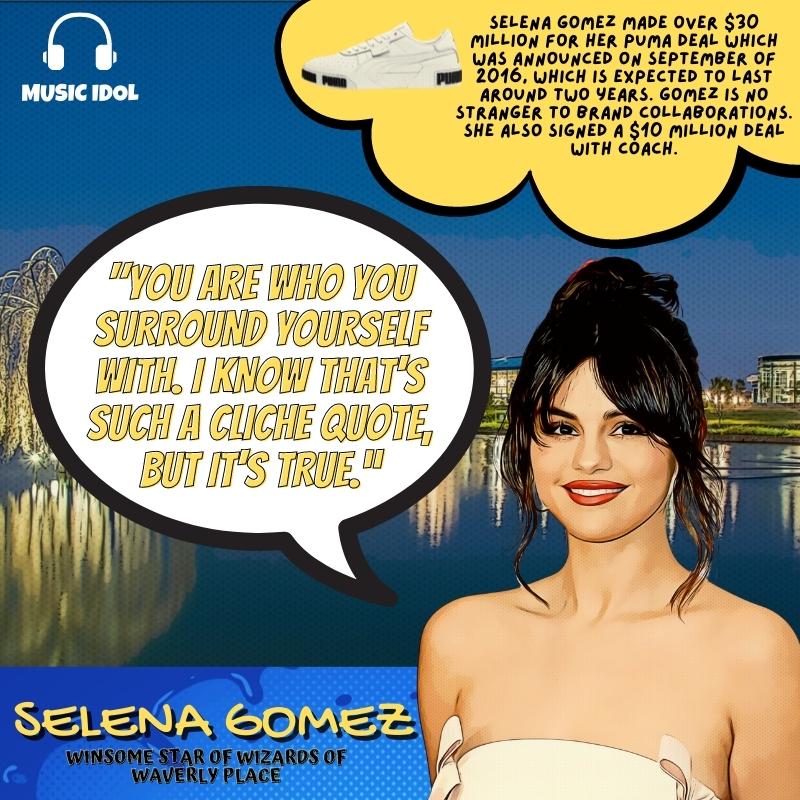 "You are who you surround yourself with. I know that's such a cliche quote, but it's true."

Selena Gomez is no stranger to brand collaborations. She has signed a $10 million deal with Coach, and in 2016 she signed a $30 million two-year endorsement deal with Puma.