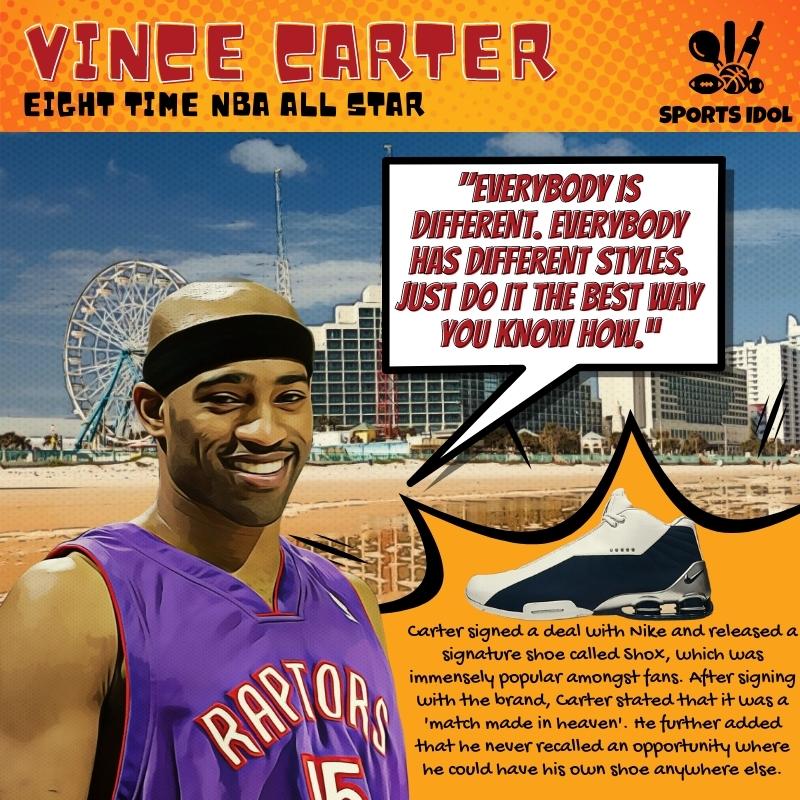 "Everybody is different. Everybody has different styles. Just do it the best way you know how."

Vince Carter signed a deal with Nike and released a signature shoe called Shox, which was immensely popular amongst fans. After signing with the brand, Carter said it was a match made in heaven. He could not imagine having his shoe anywhere else.